Spice Up Your Diet 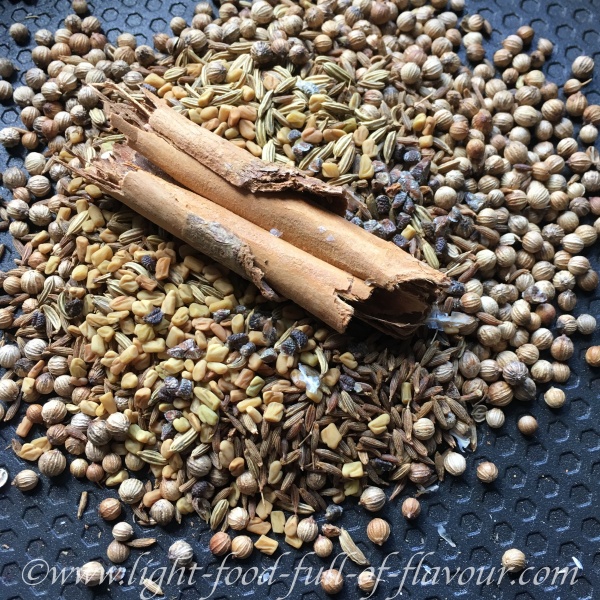 Apart from adding flavour to your food, spices are packed with healthy nutrients and antioxidants. So go on - spice up your diet.

Healthy Spices - A Tasty Way To Spice Up Your Diet

Black pepper contains a compound called piperine and piperine helps your body to absorb more of the nutrients in the food you eat.

Black pepper may also be good for weight loss and lowering cholesterol. There are studies that have claimed that black pepper reduces level of fat and cholesterol in the bloodstream

So don't be shy, add plenty of black pepper to your food.

Turmeric is widely used in Asian cooking. It is curcumin, the pigment in turmeric that gives turmeric it's yellow colour, that has amazing health benefits.

Curcumin has strong anti-inflammatory properties, is a powerful antioxidant, is good for brain health and have, according to several studies, anti-cancer effects.

Turmeric only contains 3% of curcumin and is not that easily absorbed into our bloodstream. Eating it together with black pepper helps absorption. You can also take curcumin as a supplement. I take Longvida Optimised Curcumin which was designed by neuroscientists to make it much more absorbable throughout the body.

Ginger, dried as well fresh, is a rich source of antioxidants and contains powerful anti-inflammatory compounds which can help to reduce muscle and joint pain, as well as reduce menstrual cramps. Ginger also reduces nausea.

Cumin is a rich source of iron and has antioxidant, antimicrobial and antibacterial properties. Different trials have shown that cumin is also a good fat-burner and can help relieve indigestion.

Cinnamon is a rich source of several healthy minerals – manganese, iron and calcium – as well as dietary fibre.

Several studies have shown that cinnamon can help to lower blood sugar as well as cholesterol and help digestion. It is often recommended to people with type 2 diabetes.

But, and this is important, one type of cinnamon - the least expensive and most used variety – also contains a naturally occurring toxin called coumarin that can seriously damage your liver if you eat too much of it.

Cassia cinnamon is the cheaper variety of cinnamon and the type of cinnamon you will find in supermarkets. It has a stronger taste and more pungent smell than the variety that is often called real cinnamon, or Ceylon cinnamon.

Ceylon, or real cinnamon grows in Sri Lanka (former Ceylon), Madagascar and The Seychelles. It has a milder flavour and is not as dark in colour as cassia cinnamon is. Ceylon cinnamon only have trace elements of coumarin  toxin. You will find it in specialist shops like well stocked delicatessens and in many health food shops or order it online.

It’s okay to use cassia cinnamon if you only use cinnamon occasionally. But if you like to add this tasty and healthy spice to your diet on a regular basis, then you should definitely stick to the Ceylon variety.

Cardamom contains phytochemicals that have anti-inflammatory and antibacterial properties. Cardamom is high in fibre and often used as a digestive aid.This spice is also said to be good for oral health.

Be aware that clove oil should be consumed in moderation and as with most spices, consult your doctor if you are taking medication, including warfarin, to see if they will interfere with what you are prescribed.

Capsaicin, the active component responsible for the burning sensation in chillies, has anti-inflammatory properties and can boost your metabolism and help with weight loss.

Fennel seeds are rich in nutrients and antioxidants and low in calories. Fennel seeds are also said to help digestion and reduce gas, bloating and cramps. Try drinking fennel tea half an hour after a meal.

All spices have health benefits. The ones I have mentioned above are some of the most common ones used in Asian-style cooking and you will find a lot of these types of recipes on my website, as well as many others, that will help you spice up your diet. Below is a recipe for curry powder.

Heat up a frying pan over a medium-high heat and once hot, add all the spices to the pan. Keep stirring the spices for 2-3 minutes until they release their fragrance. Place the spices in either a pestle and mortar or a spice grinder, and grind to a fine powder.

Add 1 teaspoon of ground turmeric to the curry powder mixture and store it in an air-tight container in a cupboard or in the fridge.